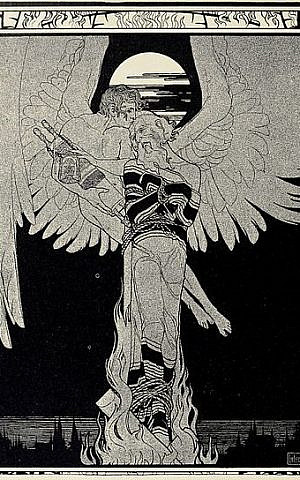 International Holocaust Memorial Day is not a Jewish holiday. That is on Yom haShoah in the spring on the 27th of Nissan. It ties into the Warsaw ghetto uprising, and it is also part of series of special days in Israel connected to its Independence Day.

I intensely dislike IHMD. What if anything non-Jews get from it, I don’t know.  Jews, I suppose, can learn a valuable lesson, but a brutal one.

The UN was formed in 1945 in response to the Second World War. In 1945, it did not create a day to memorialize the 6 million Jews nor the millions more all killed by the Nazis.

They did not create such a holiday in 1955. Nor in 1965. Nor in 1975. Or 1985. Or 1995. Only in 2005, at Israel’s proposal, was the day instituted. For an institution bathed in the filth of antisemitism, one day in January is not a changing of ways or a recognition of responsibility, it is window dressing. It’s a Facebook like to an acquaintance’s birthday fundraiser or putting a leaf on your packaging to be environmentally conscious. It is demeaning. And insulting.

If such a day were to attempt to have any meaning, it would comprise of pointing a righteous finger accusingly at those world leaders at the time of the war, towards the pope, the US president, the king of England, every person in the West and say “You! Where were you?!!  How could you let this happen to your friends, neighbors, subjects, and citizens?” And then turn to the successors of those leaders and the descendants of all those people saying, “and how are you better!?! What will you do to show you’ve learned any lessons from this nadir of human history and human responsibility towards one’s fellow?”

Maybe the commemorations of the holiday should all be held in Denmark and Albania.  The world would turn it’s gaze to these small countries and it would be declared that only these two, with great bravery, stood up to the might of the world’s most powerful country at the time and declared, “No!”  And so, it would be asked today, can the superpowers of the world today follow the example of these two countries, many times smaller and less powerful?  Or would that be too much?

It's not that I believe, not by a mile, that the countries and peoples of the world all conspire against the Jews.  Countless people and places do understand the horrors of the Holocaust and their implications for Jews and other oppressed people.  It is that the International Holocaust Memorial Day does nothing meaningful to further such beliefs among those who don’t already know it.

For us as Jews, it is a reminder, that it is still too easy for our People to be used as pawns, to be treated if not contemptuously then transactionally, and that, this day teaches us, as we have been taught since the writing of the Psalms, that we Jews must look to each and most of all to God, “Put not your trust in princes, nor in people, in whom there is no help… but happy is the one that has the God of Jacob for help, whose hope is in the Lord God.” (Psalm 146:3-5)

Posted by Rabbi Aaron Benson at 1:52 PM No comments: 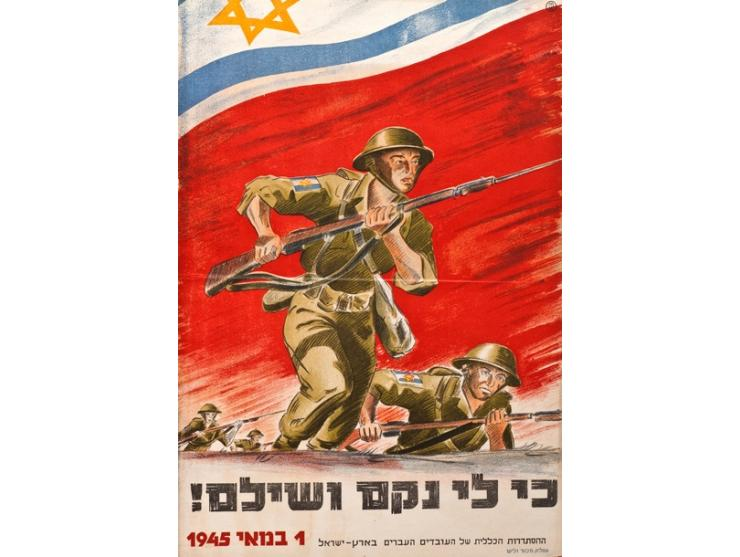 Posted by Rabbi Aaron Benson at 8:55 AM No comments: 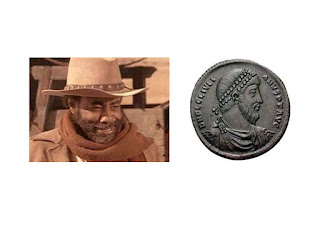 Link to my most recent Times of Israel blogpost:  Jeb Julian Truth

Posted by Rabbi Aaron Benson at 11:59 AM No comments:

The decision impedes the expression of the religious beliefs of all Americans, including Jews, who do not consider abortion to be murder: 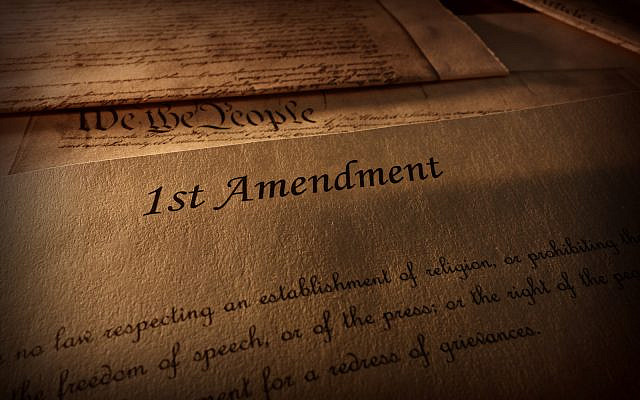 Posted by Rabbi Aaron Benson at 6:33 PM No comments: 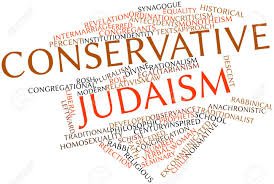 My beloved Conservative Movement, and its timeless ideas:

Posted by Rabbi Aaron Benson at 10:38 AM No comments:

The Queen, the Rabbi, and Making You Matter 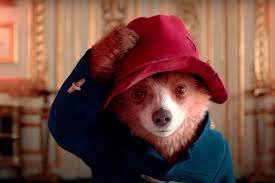 Don't worry, the post isn't missing, it's just someplace else.  Please read it at my Times of Israel blog here:  TOI Blog

Posted by Rabbi Aaron Benson at 8:45 PM No comments:

Acharei Mot: We Need the Absurd "In Emperor Julian's mind the myths that shock the vulgar are noble allegories to the wise and reverent. Purge religion from dross if you like; but remember that you do so at your peril. One false step, one self-confident rejection of a thing which is merely too high for you to grasp, and you are darkening the Sun, casting God out of the world.” - Five Stages of Greek Religion, Gilbert Murray

The quotation could apply to nearly any aspect of religious life and certainly to many things in Judaism.  The idea that during Sukkot would be a bad time to bring a friend to synagogue, it being hard to explain the meaning behind a bunch of people wrapped in leather straps and capes, holding leaves and a lemon, marching in a circle and mumbling, is just one example.

The lesson of Murray’s analysis of the Apostate’s thinking is of course that there is value in a ritual like hakkafot.  And that carelessly dispensing with anything in religion because it might seem absurd is a great sin.  We don’t complain about our food for not being magnetic, and we shouldn’t complain about religious practices for being illogical.

In our parshah, the example on which I’d like to focus is that of the scapegoat, the goral echad l’Azazel.  The High Priest conducts a ritual with two goats.  One to be offered to God and the other sent to Azazel.  This goat would carry with it the sins of all the people freeing them in a tangible and dramatic way and finalizing their efforts to atone.

It's weird, there are no two ways about it.  Hertz in his commentary derides those who would say Azazel is a demon, noting that in the next chapter we are commanded, v’lo yizb’chu od et zivcheihem l’si’irim, as Hertz translates, “no more sacrifice their sacrifices to satyrs.” He quotes Gesenius in saying Azazel can only mean “dismissal.”

Even with all that, Hertz doesn’t make it any less weird.  Okay, so it’s not an appeal to a demon, it’s still kind of crazy.

That, though, is the point.  Our ancestors took sin seriously.  It was a real thing.  It was a palpable thing.  No doubt some were themselves led astray by believing the ritual alone, and no change in behavior, would suffice to make atonement.  But for many, it must have been a great relief to know that in addition to their sacrifices and their fasting and all other efforts to atone, that their sins had been carried away to not tempt them again, had to have provided a strong sense that life could start anew, that a new path could be taken to quite literally, go forward.

Would that we took sin so seriously.  For us, I think the ritual is as preposterous because it requires us to “believe” in sin as much as it requires us to accept Azazel as whatever person, place or thing it might be.

We just don’t believe in sin.  And not just sin.  We don’t want to have anything to do with sin, suffering, sickness, catastrophe, evil, any of it.

And when you seek to live life avoiding all those things, what does it do for you?  Nothing good.  Just to focus on one example, the pandemic.  As if the dangers of illness, hospitalization, and death, weren’t bad enough, at least with those there was some idea of how we might help people.  But the greater host of dangers – of isolation, of meaninglessness, of sorrow, depression, and anxiety, those our society is woefully ill-equipped to address.  People just don’t know what the remedy is for those sorts of things.  They don’t know because even on a “good day” people don’t understand.  If a thing doesn’t have a financial value that can be measured, or it isn’t a medical condition that can be seen and touched, people lack even a vocabulary for describing such things.  They’ve forgotten the value of community, of not just the one or two good friends, but a larger network of people who care about each other.  They don’t know about having a purpose in life beyond finding pleasure and fulfilling one’s basic needs.  And despite how widespread such things are, mental and emotional conditions all too often are enigmas society would rather hide away than meet with love and a desire to understand.

That is because the ineffable, the poetic, the spiritual, even the absurd, these things lack in all value.  And hence the parts of human life they are precisely meant to address become terrible problems.  How do you deal with sin and guilt?  You have to change, atone, forgive… and you have to put your sins on a goat.

You have to have stories and songs and dances and foods and clothes that bind you to others and that in sharing with them you find meaning and purpose.  You can express joy and process pain – because there are huge parts of being human that are ridiculous, are absurd.

So, tie on the red string and head into the wilderness.  Leave the metal with its imperfections.   Shake the palm branch in all directions.  Let the Sun’s light shine forth and even burn.  We need all that.  Being alive requires it.  And if you have it, if you find it here and in other parts of your life, cherish and nurture it so others may find the same blessings, too.

Posted by Rabbi Aaron Benson at 2:55 PM No comments: