Bless the World Around You - The Holiday of Tu b'Shevat

If civil calendar counted by Presidential elections, what month would this be?  How about from the start of school?  How about Independence Day?  Even in our secular calendar, there are many anniversary dates, or cyclical events that mark the beginnings for things in our daily lives.

Origins:
Bible – the offering of tithes from fruit trees in land of Israel, had to be done yearly – but when did you count that year?  This date, which is about when fruit trees would start to blossom governs how you count the “age” of your tree and towards the tithe-portion of which year you count its fruit.

It is also understood by Rabbis to be the day of Judgment for trees (whether they will grow well, etc) and trees are compared to people in the Bible – so the day is another day on which we can reflect on God’s judgment of us as well (like a mini-Rosh Hashanah).

Practices:
Eat fruits from trees, especially of types native to Israel.  It is day to celebrate – many make a seder with fruits to eat and special prayers to say about each of them.  At least, add the blessing – borei pri ha-etz when you eat fruit (from the tree), and if it has been more than a month since you ate any of them, say she-cheyanu before you do, so you can celebrate the holiday.

It has no restrictions except that outward signs of mourning (like some of the prayers for mourning in the services) would be omitted.

Many make a point of planting trees or other greenery as part of the celebration.  And many see it as a day of stewardship and advocacy for our natural resources and the environment.

Conclusion:
Even though it is a day of judgment, we are to be happy, rejoicing in the fact that there is a Judge and there are Rules and there is Meaning – in the world in which we live.

My best wishes to you for all for a Shabbat Shalom and a Happy Tu b’Shevat!

Posted by Rabbi Aaron Benson at 2:52 PM No comments:

Parshat Bo - Lessons in the Dark 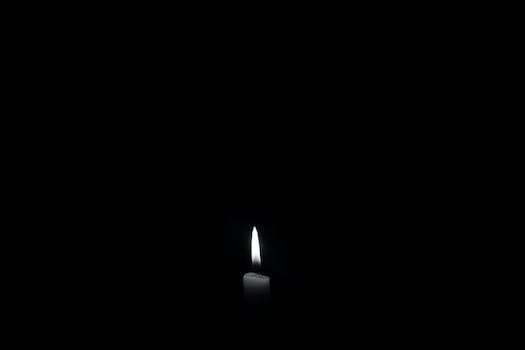 Bo kicks off with 8th plague – locusts.  Then what? 9th is DARKNESS.  The joke goes that the plagues were only things Jews would think bad – lots of people would love all you can eat frogs legs and for a lot of people, even locusts is a tasty treat.  So what’s up with Darkness?  What was so bad about it?

The Midrash tells us God sent the darkness so that Jews who had thoroughly assimilated and entered Egyptian society, who would never leave Egypt if given the chance, might die and be given funerals by the Egyptians without them seeing -lest they come to believe that the Plagues were no big deal since it might appear the Jews were being struck down by them as well.

Today we might ask ourselves, what transgressions are there that are so bad for a Jew to commit that she or he is beyond the community, beyond saving?  Think about that.

To me, the Midrash suggests an answer.  Even for the “bad Jews” there was consideration that their deaths not be “public” and that furthermore, they were given “proper” funerals by the community.

My thinking is that for us today, as it was then, it is ethical behavior more than anything else that ties us together, makes us proud of each other, and scandalizes us when we hear how some fellow Jew has acted immorally.

We don’t want others to “take it out on us” or apply the mistakes of one to the whole community – just as in the story, but more than that, we don’t want to be “that guy” who does the bad things – we want to be the ones helping, bringing light, as it were.

Let us learn this lesson “hidden in the darkness” of this week’s parshah!
Posted by Rabbi Aaron Benson at 6:49 PM No comments: