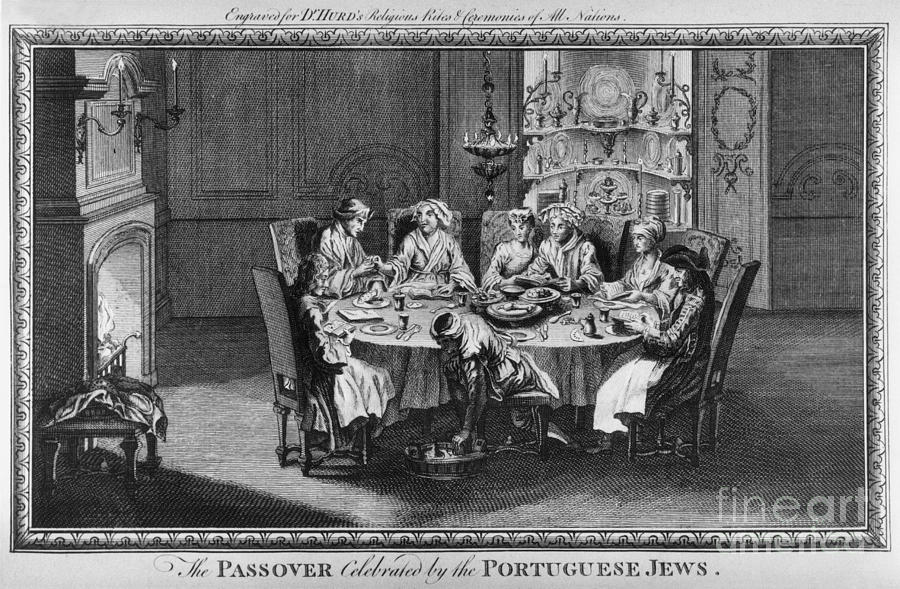 As the meal approaches on Seder night, we read the following - Rabban Gamaliel states, “Whoever has not referred to these three matters on Passover has not fulfilled his obligation, and these are they: the Passover [offering], unleavened bread, and bitter herbs. ‘Passover’—because the Omnipresent passed over the houses of our ancestors in . ‘Unleavened bread’—because our ancestors were redeemed in . ‘Bitter herbs’—because the Egyptians embittered the lives of our ancestors in .”

How do we cover this obligation?  Other than actually reading the above passage, we have the Maggid section of the Haggadah, where the story of the Exodus and the holiday of Passover is told.

An excellent custom for this Shabbat before Passover, Shabbat Hagadol is to read the Maggid section of the Passover Haggadah in advance of the first Seder.   This preview of the ritual meal offers a way to deepen our immersion in liberation consciousness. When given serious attention beyond the Seder itself, the Passover Haggadah offers us a message for transforming the way we eat and the way we conduct ourselves all year long.

Indeed, putting even a little effort into the service we will run alongside all the effort that goes into cooking and cleaning, can help us express in terms meaningful today our gratitude for our redemption from bondage and the start of our journey to a promised land.

Posted by Rabbi Aaron Benson at 2:53 PM No comments:

Tazria - Pure as a Gnat

Parshat Tazria: “As Pure as a Gnat” – This week’s Torah reading focuses on purity and impurity when it comes to human beings.  It follows discussions about animals and the Tabernacle.  The Rabbis don’t miss this fact, noting that as human beings were created last of all animals, the rules for their ritual lives come last, at least in a manner of speaking, after the others.  This is valuable to us in our lives where we all-too-often fear seeing thing, especially people as better or worse than others or as better or superior to animals and other living things.

Yet the Rabbis do not fear taking this view.  In fact, the Midrash tells us that humans were created last so that it could be said that unless you act in a moral and upright manner it could be said, “a gnat was more important to you” meaning, God made them first, so don’t get all uppity about how important you are.

A healthy dose of perspective is good for us as human beings.  Recognizing that God did make a whole ton of beetles before he got around to us, and yet at the same time gave us abilities and powers far greater than all those beetles is meant to give us pause.  Are we really acting in a meritorious way towards each other?  Are we really being good people as often as we can?  Are we seeking to improve and make amends when we don’t hit the mark?  A lot – a world, even – depends on us and how we act towards each other and towards that world.

While our methods for describing “impurity” and for becoming “pure” have changed vastly, our place in the world as powerful and responsible remains.  Let a reading like Tazria remind us of the need to act carefully in the world around us.

Posted by Rabbi Aaron Benson at 11:44 AM No comments: